FIGHTING FOR RECOGNITION OF TEXAS WINES
It was 186 years ago that Texas won its independence from a Dictator. In fact, Texas was the seventh Revolt against Santa Anna. Texas succeeded while the first six failed. Texas wines are beginning to get the recognition they deserve, but it is an uphill battle. Why don’t Texas restaurants support Texas Wineries by promoting Texas Wines? The answer is simple. Not enough Texas consumers demand Texas wines at Texas Restaurants. There are a few local restaurants like Papasito’s, Vic and Anthony’s Steakhouse, Honor Cafe and Saltgrass Steakhouse that carry a Texas Wine. However, they host one or two Texas wines and not several. On the other side of this picture is the Cabernet Grill in Fredericksburg that have the largest list of Texas wines in the world. This restaurant is always busy with patrons who come to the Texas Hill Country seeking Texas Wines. They are looking for Texas Wines so Cabernet Grill responded with an envious wine list of great Texas Wines. This list of Texas Wines is so outstanding that Wine Spectator ranks the Cabernet Grill very high on its restaurant guide of restaurants with extensive wine lists.
Why does Cabernet Grill carry so many Texas Wines with other Texas Restaurants hosting one or two Texas Wines on their wine lists? It is all about demand and customers wanting/expecting Texas Wines in Texas Restaurants. If customers do not ask for Texas Wines, then these Texas Restaurants believe Texans do NOT expect Texas Wines in Texas Restaurants. Texas Wineries can produce thousands of wines which earn Gold Medals and hundreds of Texas Wines which earn Double Golds Medals, BUT without demands for such Texas Wines, you might find a token wine or two from Texas on the wine menus in Texas Restaurants. Readers of this Wine Column should make restaurants aware that Texans wants Texas Wines in Texas Restaurants!
There are few Sommeliers brave enough to promote Texas Wines on their menus. I challenge them to step forward and promote Texas Wines. The Mexican beers created a non-Mexican holiday called Cinco de Mayo to bolster their beer sales. Now comes the Texas Wine and Grape Growers Association with a blockbuster of a promotion for Texas Wines. It’s called TEXAS WINES, TEXAS BOLD. Each month a new video is released promoting Texas Wines. Below is a listing of these planned videos:
• March: Damn Country video. Highlight Texas Independence month
• April: People Flocking video. Highlight wildflower season and Spring in the vineyard.
• May: Which Wines are Winning Awards. Highlight TexSom and IWA competition results.
• June: Steak video: Highlight kick off of summer, BBQ and all things under the sun.
• July: Hard Working video. Highlight July 4th and the beginning of vineyard harvest.
• August: Hard Working video. Highlight the end of vineyard harvest of summer.
• September: Texas Pour video. Highlight the ‘labor’ of making of wine.
• October: People Flocking video. Highlight Texas Wine Month & Lone Star International Wine Competition winners
• November: Which Wines are Winning Awards video: Highlight competition awards (SAT and Houston Rodeos, San Francisco International, etc.)
• December: Texas Pour video. Celebrate the holiday season and introduction to the New Year.
This Marketing Campaign is aimed to increase consumer awareness and consumption of Texas wine The campaign takes all the ‘big and bold’ truths, myths, and urban legends about Texas and weaves them into Texas wine narratives. Fun, quirky, and tongue in cheek videos shine like the Texas Star – Deep in the Heart of Texas. Remember BRAVE TEXANS DID NOT DIE AT THE ALAMO SO YOU CAN SIP CALIFORNIA WINE! Remember the Alamo! Remember Texas Wine!

Texas Wine as a Family Affair

Celebrate the Fall with Wines

KNOWING WHEN TO PICK GRAPES 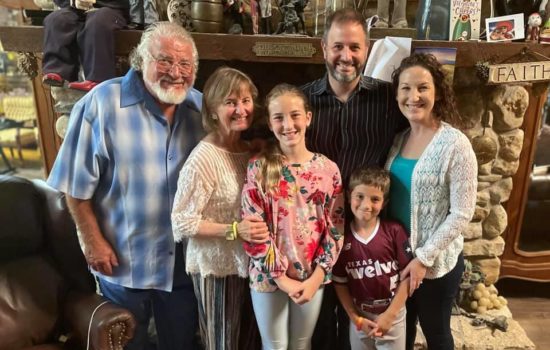 Texas Wine as a Family Affair
By Ron Saikowski
September 30, 2022

Texas Wine Phoenix Rise from the Ashes of Prohobition
By Ron Saikowski
September 23, 2022