Vineyards are getting ready for spring. We have two classifications of vineyards being those vineyards along the Gul Coast and those inland vineyards. The vineyards along the Gulf Coast contain mostly hybrid wine grapes which are resistant to diseases such as Pierce’s Disease and sustain very well with our humid Gulf Coast weather with warm nights. The inland vineyards don’t have the humidity challenges and normally have cool nights, even in the summer. The Gulf Coast vineyards have been pruning their vines, getting ready for bud break in a few weeks. The inland vineyards with the vitis vinifera grapes normally prune in late March to even late April with vineyards on the Texas High Plains. Once pruning is completed, the vines begin to work their way toward bud break. Normally, the later the pruning, the later the bud break will occur. In those instances where bud break arrives to early, the vines are rough pruned, leaving canes of the main trunk of 18inches to 24 inches in length. This pruning when bud break occurs will cause the vines to further delay their bud breaks by as much as one week. In some cases, this delay of seven days could sometimes providing the necessary time for a late freeze to occur with little damage to the grape vines. Timing is everything. Once bud break occurs, white clusters of self-pollinating small flowers appear in bunches which will eventually form into clusters of hard green berries which will transition months later into grapes. Vineyards are very busy with pruning, training young vines to form the properly structured vines to bear awesome grapes, and eventually transitioning into vine sprayings every two weeks or so to fight against molds/fungus and insects. The Gulf Coast Vineyards are fighting molds and fungus to a larger degree due to the areas’ humidity. The Texas High Plains with vineyards above 3,000 feet above sea level have very little humidity and hence virtually no mold problems. Their challenges are insects. Fighting molds and insects is also about timing and knowing when to apply those organic sulfur fungicides to fight those molds and fungus. The same holds true with insect problems in inland regions with low humidity.
Wineries are still somewhat hibernating during the winter with scheduled bottlings, barrel transfers, and aging occurring. This is a time when many winemakers take to the road for special wine dinners and tastings from just after Christmas to mid-summer when the wineries are getting prepared for incoming grapes. This is why wine events during the Houston Rodeo, like this Sunday’s Houston Rodeo Uncorked and Best Bites Competition have so many winemakers attending. Will I see you this Sunday evening at Houston Rodeo Uncorked?
When summer arrives, the vineyards are managing vine leaf canopies with leaves stripped off the east side of the vines to allow for the rising sun to shine on those grapes and for air flows to occur. The west sides of these vines need their leaves for protection from the hot afternoon sun. Around the beginning of July, the Gulf Coast Vineyards harvest their grapes with Gulf Coast wineries starting back up their wine-making processes. In late summer and early fall, the inland vineyards harvest their grapes with many wineries working 24/7 to be able to accommodate the incoming grapes and manage their tanks full of fermenting grapes. With red grapes, comes manual punch-downs and pump-overs to periodically mix the fermenting grape juice with the company of the grape skins and pulp. This is hard work in the wineries during and for at least six weeks after the grape harvest is over. The vineyards see their rest period from fall to early spring while wineries can rest somewhat from mid-winter to early summer. Timing is everything!

Texas Grapes Are Coming in and Beyond Labor Day

AUGUST 13, 2021 ENJOYING TEXAS ROSES’ AND BLUSHES DURING TEXAS SUMMERS
A report on the harvest, Platinum Wine Vault on tap and new innovations in the…
Harvest Festivals Take Place Across Texas 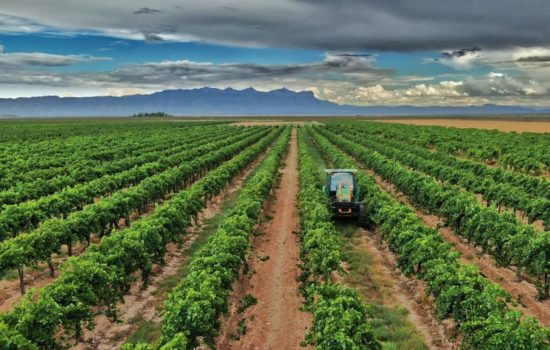 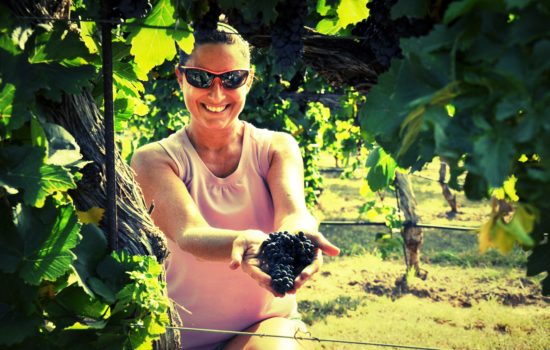 Texas Grapes Are Coming in and Beyond Labor Day
By Ron Saikowski
September 3, 2021