Texas Wine Phoenix Rise from the Ashes of Prohobition

Texas Wine Phoenix Rises after the End of Prohibition
When Prohibition began in the USA in 1919, Texas had 25 active wineries. The number of wineries dwindled to one making it through Prohibition selling sacramental wine. Val Verde Winery This winery was started by Italian immigrants in 1883. The Texas wine industry was basically dead for many years until the “Phoenix” arose from the ashes of Prohibition in 1976. A Texas Tech University Chemistry Professor by the name of Dr. Clinton McPherson believed that outstanding grapes could be grown on the arid Texas High Plains in Lubbock (altitude 3500 feet above sea level.) He and his friend Robert Reed started growing grapes in their backyard. When they started producing more than 200 pounds per year, they decided to try their hand at winemaking. No one could have imagined that a winery in the “Hub of the Bible Belt” could become a reality. “Doc” went to the Texas Alcoholic Beverage Commission (TABC) to apply for his winery permit and found out that three generations of TABC personnel had never permitted a winery in Texas. He taught them how since he was a College Professor. Ten years ago, “Doc” gave me a personal tour of his winery on its 36th anniversary. He showed me the twelve-inch thick cinder block walls surrounding his initial winery and told me in his professor-like speech that he was concerned about his winery fermentation tanks getting shot out. “That is why these walls are twelve-inches thick!” Dr. McPherson built his winery to stay with a solid structure forty six years ago. Llano Estacado Winery has evolved into one of the largest wineries in Texas, producing over 100,000 cases of award-winning Texas wines each year. “Doc’s” winery started out as a corporation which has added to its longevity. Another part of “Doc’s” longevity is that he and his wife, Clara, have two sons which are also in the wine-making business. Kim McPherson has his winery in Lubbock by the name of McPherson Winery, with his brother Jon in California.
Fast forward to 1980 from 1976, Texas has four wineries which included Val Verde, Llano Estacado, Fall Creek, and Messina Hof. Move forward another 25 years to the year 2005 and Texas had 50 wineries. Move forward another 12 years with Texas having almost 400 wineries and adding over eleven billion dollars to the Texas economy. Today, Texas is approaching a thousand wineries and still growing. Texas is now experiencing second generations at wineries and vineyards. Texas will be looking at great things as its wine industry matures and gains respect for the quality of wines Texas wineries are producing with Texas grapes. Celebrate October as Texas Wine Month beings in a week. The Phoenix has risen!
Texas Restaurants Serving Texas Wines
Hunger Crush Café recently opened on SH 105 midway between the downtowns of Conroe and Montgomery. This eclectic eatery proudly serves Llano Estacado Rose’ and Llano Estacado Pinot Grigio. This restaurant is on the south shore Lake Conroe. You have a choice of covered patio dining at water’s edge or inside the air conditioned restaurant.

THE GRAPE HARVEST IN TEXAS HAS BEGUN 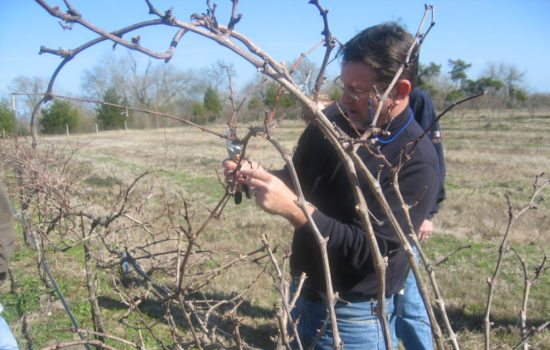 FREEZE IMPACTS IN THE TEXAS VINEYARDS
By Ron Saikowski
February 3, 2023 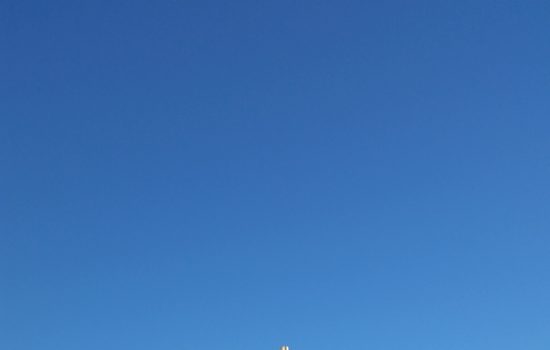